Nancy Davies, Lay Marianist Affiliate, has seen her share of life’s ups and downs. “I’ve had some close calls physically and trials like most people,” she said. “But I try to hold onto the Cross of Jesus to guide me.”

Those trials include losing her husband, Ed, who passed away when she was in her 50s, leaving her to raise their last two children alone. She also had a serious bout with cancer almost four years ago.

Despite these challenges, she says her life is nothing short of miraculous. One miracle occurred during a life-threatening pregnancy with her last child, Matt, who was born three months premature. “I was critically ill after his birth,” said Davies. “I had blood poisoning and a clot in my lung. The doctor said it was miraculous we both survived.”

During that time, Nancy experienced Mary’s presence “guiding her to the Cross and to her Son, Jesus,” she said. “I had a deep conversion that was life-changing.” There were other miraculous events along the way, especially during and after her cancer surgery.

Nancy, now 90, has served in various Marianist Lay functions for nearly 50 years and is always quick to respond to prayer requests from the Marianist Office of Religious Life. She says the Marianists gave her many opportunities to evangelize, taking her out of her comfort zone and building her confidence. “God has used me, and I love doing it!”

A native St. Louisan, Nancy met her first Marianist, the late Fr. Ralph Dyer (1918-1999), at a conference in 1973. The following year, he invited her to a series of retreats at Marynook, then a Marianist retreat center in Galesville, Wisconsin, where she felt called to become a Marianist Affiliate.

While in Wisconsin, Nancy became enamored with the Marianist community. “I loved the way the Lay Marianists worked side-by-side with the Brothers,” she said. “We knew we were family. There was nothing superficial about it. The presence of Jesus and Mary were there!”

Bro. Jesús Alvarez Peña professed first vows in the Society of Mary on Oct. 8, 2022, at Capilla de Nuestra Señora de Guadalupe (Chapel of Our Lady of Guadalupe) in Querétaro, Mexico. Fr. Oscar Vasquez, Provincial of the Marianist Province of the United States, presided at the Eucharist and received the vows.

Bro. Jesús had worked as a mechanic for eight years alongside his father and brother. But in 2012, he participated in a large retreat and met brothers from various congregations. “I was interested in religious life because I like to help others,” stated Bro. Jesús. He is currently pursuing an undergraduate degree at Marist University of Queretaro in Mexico.

The National Science Foundation awarded four private liberal-arts universities in San Antonio a nearly $2.5 million grant to increase the number of historically underrepresented students and those from lower-income backgrounds obtaining bachelor’s degrees in science, technology, engineering and math. Those universities are St. Mary’s, Trinity University, Our Lady of the Lake University and University of the Incarnate Word. St. Mary’s University will administer its grant-funded project from the Louis Stokes Alliance for Minority Participation program.

Earlier this month, University of Dayton (UD) celebrated the 60th anniversary of the Marianist Sisters arriving at the university.

The Sisters’ first ministry at UD

was in Residence Life and Ministry in the newly opened Marycrest Hall, which housed female students on campus for the first time. Many of the Marianist Sisters continue to minister at both the University of Dayton and St. Mary’s University.

Fr. Bob Jones professed first vows in 2007 and has been spreading the joy of God’s goodness in schools ever since across Ohio, Missouri, Texas and beyond. He believes a large part of his vocation is to be available to students, faculty and staff whenever they need spiritual guidance.

He also immerses himself in the opportunities God presents to him outside of school hours, including the chance to walk the Camino de Santiago, also known as the “Way of St. James.” It is a network of trails across Europe that leads to the city of Santiago de Compostela in Galicia, in North West Spain.

The Catholic Telegraph recently highlighted Fr. Jones’s journey of sparking joy in others.

An organization based in Cincinnati, OH, is making strides in neighborhood relations one block at a time. Over-the-Rhine Community Housing (OTRCH), develops and manages resident-centered affordable housing to build inclusive communities and benefit low-income residents.

Bro. Bob Donovan is a tenant in one of the OTRCH apartments and gave the invocation at the group’s 15th annual “Walk Our Blocks” event last month. It is an opportunity for neighbors to get to know one another and create bonds of support. Bro. Bob invited the Marianist Novices and the Marianist PULSE community as his guests.

Tecaboca Camp and Retreat Center, a Marianist facility in Mountain Home, Texas, celebrated 85 years of spiritual ministry with a weekend of festivities in mid-October.

The celebration kicked off with a FundRun – a virtual fundraising event in which solo participants or teams solicited sponsors to donate money as they ran, walked, biked, skipped or galloped in a 5K event for Tecaboca. “We had 24 participants this year and 63 donors,” said Executive Director Kay Tally-Foos. 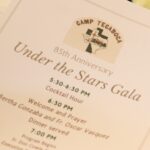 On Saturday evening, the Under the Stars Gala welcomed 140 diners, including several Marianist Brothers and members of the Provincial Council, Bros. Jesse O’Neill, Joe Markel and Provincial Fr. Oscar Vasquez. 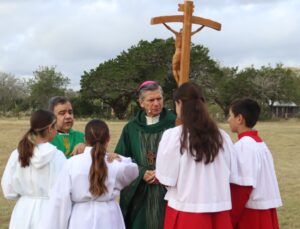 Then on Sunday morning, a crowd of about 150 gathered on the holy grounds for an outdoor Mass concelebrated by Archbishop Gustavo-Siller and Fr. Oscar. “It was special to have both the Archbishop and our Provincial share this occasion with us,” said Tally-Foos. “The Archbishop used this as an opportunity to talk about how Tecaboca is a perfect partner with the archdiocese to promote the essence of Laudato Sí with its emphasis on environmental stewardship, community, kindness and loving commitment to improving the lives of the marginalized.”

Following Mass was a Family FunDay complete with wall climbing, zip lining, swimming, archery and picnics. “It was amazing to see so many people enjoying lunch, staying to visit and playing on our beautiful grounds,” said Tally-Foos. It was the perfect way to wrap up a weekend of celebrations honoring 85 years of spiritual outreach. Click here to view more photos from the anniversary festivities.

Click here for a video honoring the 85-year history of Tecaboca.

Marie Thérèse, Who Are You? 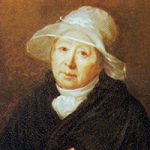 He used the titles of “founder” and “mother” of the Lay Marianist Family. Here in the United States, a good number of our members of the Lay Family of Mary consider Marie Thérèse, a founder since she was very instrumental in organizing the Young Women’s section and the Ladies of the Retreat section of the Bordeaux Sodality. She assisted Blessed Chaminade with some financial concerns connected with the Bordeaux Sodality and the Society of Mary. He sent her to aid in the organization of the original foundation of the Daughters of Mary in Agen.

Click here to discover why she is seen as a “collaborator” instead of a “founder” in Europe.

You may know that the widely-acclaimed, award-winning musical and movie, The Sound of Music, is based on the Austrian singing von Trapp family. But did you know Maria von Trapp has a Marianist connection?

The family fled Austria in light of World War II and, in 1938, came to the U.S. for a concert tour as the Trapp Family Singers. They settled in Vermont in 1940 and, a few years later, became citizens. During her time here, Maria Augusta Trapp (1905-1987) remained true to her faith, corresponding with Bro. Anthony Sobocinski (1920-2005) in 1953 and speaking at a Catholic conference in New York City in 1960.

Bro. James Maus, 79, died on October 26, 2022, in the Marianist Residence Community, San Antonio, Texas with 60 years of religious profession. His obituary will appear in the next issue of FamilyOnline.

Being Who You Are – Perfectly Well

Join us for a weekend at the Mercy Conference and Retreat Center in St. Louis, MO, for the 6th Annual LGBTQ+ Catholics, Families and Friends Retreat Weekend. The Being Who You Are – Perfectly Well retreat will be held Nov. 18-20, 2022. The retreat is hosted by the LGBTQ+ Initiative of the Marianist Social Justice Collaborative. Click here for more details and to register.

October – Month of the Rosary

The month of October is always dedicated to the Most Holy Rosary. This is primarily due to the fact that the liturgical feast of Our Lady of the Rosary is celebrated annually on October 7. It was instituted to honor the Blessed Virgin Mary in gratitude for the protection that she gives the Church in answer to the praying of the Rosary by the faithful.

Everyone can pray the mysteries of the Holy Rosary at any time with videos featuring images of Mary and Jesus from the University of Dayton (UD) campus, artwork from the Marian Library and the U.S. Catholic Special Collection at UD.

District Update #63 from the Marianist District of India 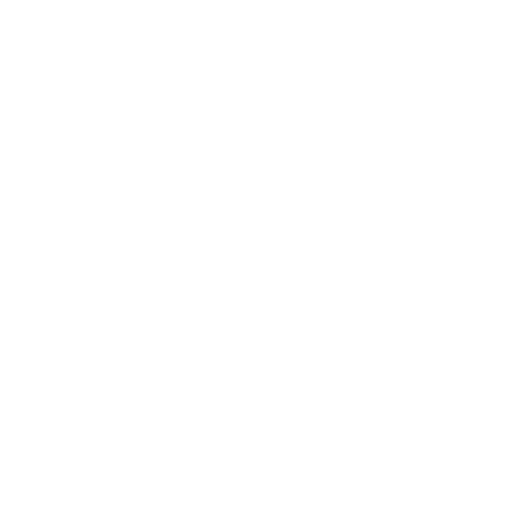